The spring of summer—where T-shirts replaced jackets. People are walking outside rather than staying indoors. I sit on the sidewalk, with people milling around. A festival is happening, and I am on a frantic journey to write about vaccines and autism to gain a clear understanding of what is real and what is not.

I sit in quiet resolute, in quiet revolutionary stance, saying to myself, “Does anybody really care?” To those in simplified contentment, eating their cheesy pizza. To those walking leisurely along the quiet banks of the river, sipping a coffee. To all those mothers who would think twice not to allow their children too much sweets. I think, “Oh, my god, there are some dark clouds headed our way, with no one really looking up or even thinking about making plans to run, not to a different neighborhood, different town or even to a different city. These thoughts, as of today, are not part of our thinking process. This impending doom, which, in my opinion, will strike the very core of our existence and will question the reality of every conceivable moment of our society—where we walk, where we shop, what we eat. 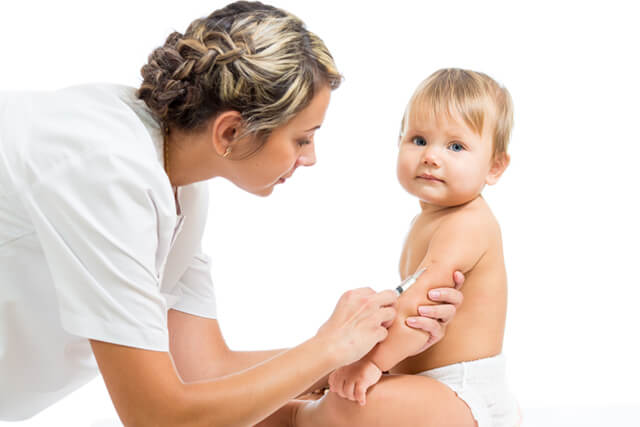 I speak the words of Julian Whitaker, M.D.: “The greatest threat to our country is the forced vaccination of our children.” He speaks of the forced vaccination program, which is not only infiltrated into every mainstream regimen of social acceptability but has gathered medical influence. It is now considered almost blasphemy not to receive a vaccine. The mother of a newborn faces such social pressure to begin a vaccine regimen for her child that could go up to 74 vaccines by the time the child is 5 years old. Under these circumstances, Dr. Julian Whitaker further points out, according to the Centers for Disease Control and Prevention, “If current growth curves hold steady, autistic children will soon outnumber healthy children.”

Whitaker’s next lines are the lines that drive me, that infuriate me, that make me literally stop what I am doing—the fun in the sun, the chilling on a warm day—and devote all my energy to prevent his next predictive statement from ever happening. I write with my poor English, poor grammar but having a strong passion that something has to be done—anything—that would stir up the minds that life as we see it may forever be changed with no going back. I speak of Whitaker’s next few words: “Virtually all male children will be diagnosed with autism spectrum disorder by 2032, followed by all girls in 2041. This frightening projection may seem implausible but is based on current government statistics and simple math.” 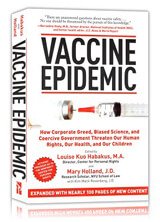 The questions, in my mind are: “What does that mean? “How bad is autism?” “Is a child still able to function, like having a bad cold with a continuous sniffle?” So I look through my vaccine book, Vaccine Epidemic. Is there an authority party figure with credentials, with experience who knows how to identify autism and, on the other side, has experience with those not getting vaccines? I hit the jackpot. If we read between the lines, according to the CDC, every child born will have autism. What it doesn’t say is that, according to Mayer Eisenstein, M.D., in his book, Make an Informed Vaccine Decision for the Health of Your Child, his Homefirst Health Services: “We have 30,000 to 35,000 children that we’ve taken care of over the years, and I don’t think we have had a single case of autism in children delivered by us, who never receive vaccines.”

When I think of autism, I speak of not knowing. I speak of hearsay. I think of terrible affliction to a child that will last a lifetime with no hope. I think of an allergic reaction from a vaccination loaded with chemicals that is embedded in a child and stays in embedded forever. 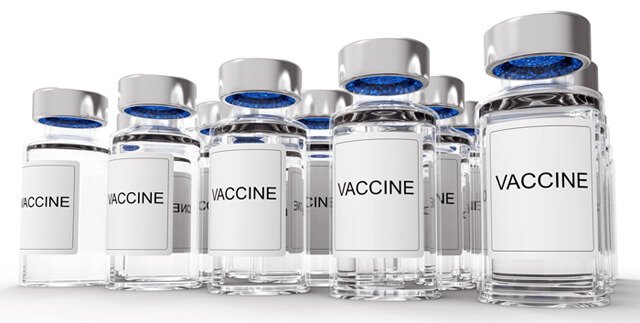 So I write about Dr. Leo Kanner, who, as quoted: “Autism is a complex developmental disability that affects the brain, immune system and gastrointestinal tract.”

I ask: “What does that mean and how does it affect your child?” and “Why are nonvaccinated children not getting the symptoms.”

I quote Dr. Leo Kanner: “The following symptoms are typical: inadequate verbal and social skills, impaired speech, repetition of words, bizarre behavior patterns, uncontrollable head banging, screaming fits.” The list goes on and on, ending with “an inability to care for oneself.” My friends, these are the key words. If every child born by the year 2041 has autism, who will take care of them? Where will they live? Who will pay for them? We are heading into a world where head banging and arms flapping maybe the norm. Where up to a young age, every child would need a caretaker. Then what? For how long? There are not enough people, enough resources to handle this human onslaught of day-to-day neediness.

Children with autistic behavior, from what I gather, need to be in a safe, caring environment on a 24-hour basis. In terms of dollars and cents, the cost is beyond doable—or even feasible. Can you imagine that every child born will need this type of care? 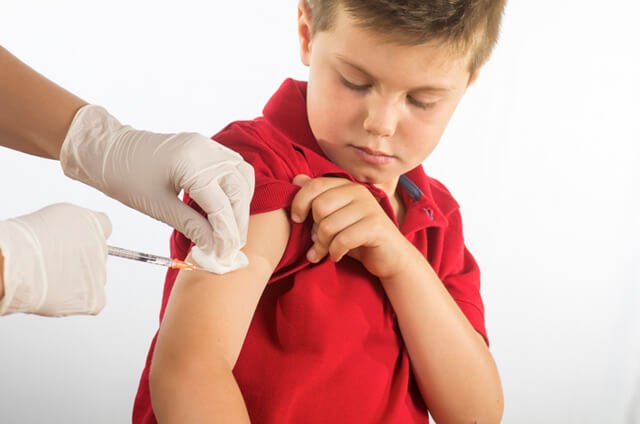 So I write about autism. I write about nonvaccination with no cases of autism. I write what I really want to say: Stop the madness and wake up to see the reality! The reality is, say a young future mother does not want to give birth to an autistic child and who does not want to give her newborn baby tons of chemicals—each by itself harmful and destructive—what she sees is that there is no logic. Why in God’s creation would a healthy person receive these chemicals, let alone a newborn baby?

If given the facts that every baby born by the year 2041 will get autism, we take note. “Ingredients and substances used in the manufacturing process for vaccines include formaldehyde. Imagine going into a supermarket, checking all the ingredients of every single food item for sale, and imagine that every single item of food contains formaldehyde. What are the chances of your even thinking about buying it, let alone actually buying it? No one in their right mind, let alone in their wrong mind, would even consider buying any food item that contains formaldehyde. This same mindset would exactly abhor eating anything containing formaldehyde would staunchly support—no questions asked—their child receiving this vaccine, which also includes glutaraldehyde, aluminum hydroxide, polysorbate 80 (containing bovine extract), modified latham (derived from bovine casein).

My friends, this is one vaccine, and a newborn child receives 74 by the age of 5. I sit and total aghast on what I don’t know and the little I do know. My only tidbit of knowledge of what is in a vaccine includes mercury. Yes, my friends, mercury, which has been labeled, in Make an Informed Vaccine Decision for the Health of Your Child, as the most toxic element on earth after plutonium. Very small amounts, whether inhaled, eaten or placed on the skin, can cause nervous system and brain damage. Mercury is used as an antibacterial preservative. 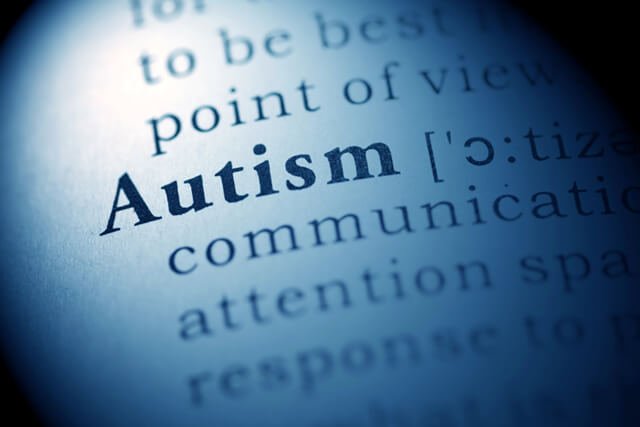 My friends, I am reading this correctly. Is there any wonder why autism will affect every child? Is there any wonder that, of those 30,000 to 35,000 children who were not vaccinated, that not one child developed autism? According to this statistic, is there a link? Absolutely, in my eyes. Is there a link to the powers that be at the CDC? In other words, did the CDC ever make a conscious decision to remove mercury, a leading cause of autism, from vaccines, as Mayer Eisenstein reports? Absolutely not, in my opinion.

The fact that mercury is in several vaccines, including pertussis, DTP as well as hepatitis B, are all mercury filled. Besides being understood by the pharmaceutical industry, I quote Mayer Eisenstein: “6-month-old babies who received their recommended shots could receive a mercury dose up to 87 times higher than federal guidelines.” What the public does not realize is that there is an extremely strong link between autism and mercury—to such an extent that drug companies such as Smithkline Beecham, which offered to make a mercury-free DTaP vaccine. This would appear as a viable option, considering that mercury is one of the most toxic elements in the world. You would think that the CDC would be totally ecstatic.

But for some unforeseen circumstances, a mercury-free DTaP vaccine was rejected, and I quote, from Make an Informed Vaccine Decision for the Health of Your Child: “We messed up. I don’t think they wanted to send that message to parents, the public or those who were considering legal action.” To paraphrase, if the mercury were taken out of the vaccines and autism rates went dramatically down, this might discredit an international vaccine program.

To add more insult to the lunacy of the vaccine’s acting as a major determinant against major diseases that affect us today, according to Vital Statistics of the United States, every disease as listed, including measles, scarlet fever, thyphoid fever, whooping cough, and diphtheria, as quoted and graphically shown, were in decline long before widespread vaccination due to improvements in sanitation, nutrition and medical care. Figure courtesy of Roman Bystrianyk.

What does all this mean to a guy like me? A simple man who is totally infuriated by the disrespect that companies, government and the powers that be show for those people they are supposed to care for. It’s a simple guy like me does minimal research and sees the total danger of vaccines, of mercury, of autism, why don’t more people do their research, especially on what goes into their children’s bodies?

I am scared, knowing what I know, and have no choice but to share my research as my opinion. To all people out there, I strongly urge you to do your research before getting your child a vaccine.