It was a Sunday evening, and all stores were closed. There was no action going on because my business was closed, too. It was time to get my excitement in—to go shopping, which I really enjoy! I go shopping for the café for the next day’s food for the customers to enjoy. I do not buy what the average shopper gets. I get food that isn’t packaged, bagged or put into a container. What I pay for, day in and day out, is fruits and vegetables. That’s it!

It was a Sunday evening when I took my usual drive to a supermarket. I looked for the closest parking spot. I then zoomed in on a spot and parked my car. What happened next is the reason for my writing this article. What I saw sent shivers up my spine. It brought a realization of what could be and couldn’t be. What I saw was a driver in a shiny red car pull up. This car appeared to radiate wealth and abundance. This seemed like the type of car that would be the envy of everyone—except for one very-easy-to-miss detail. The driver just sat there for a long period of time without much movement. 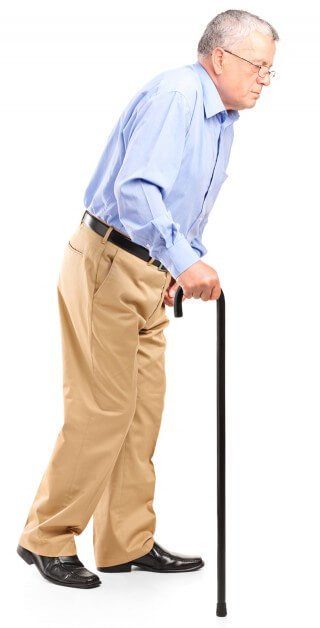 The driver of this fancy-looking car was an old man. He opened a door and tried to leave, failing to get out of his car without ease. He attempted to leave his car three times, failing every time. I thought about getting out of my car to help him, and just as soon as the thought crossed my mind, he succeeded in leaving his car. He grabbed his walking assistance, a cane. He then began his walk toward the supermarket. This is the moment when I looked at this man, who was no more than 10 years older than me, and thought to myself, almost 68: “Is this the point where I have reached the best I will ever feel in life? Is every moment following this going downhill like a slow train that lost its brakes and there’s no hope?” As I thought this, I stared at the old man, who continued to walk with his cane. I considered approaching him to share my knowledge, to say that if he gave up meat, dairy and egg products, he’d feel a significant improvement. There aren’t, however, any guarantees.

Do I risk it? I felt his sadness, pain and his total frustration with his life. It took him all of his strength to leave his car seat, and this motivated me significantly to continue with my life’s purpose. I began focusing more strictly on my morning exercise. In my opinion, exercise is one of the keys to optimal health. I gather all of my experiences of when to exercise, what to focus on during exercise and what to eat before and after exercising. What I want is health similar to that of someone who’s 25 years old.

I watch the old man walk very slowly and deliberately as if he knew, at his age, that there was no hope for him. He walked through the aisles, grabbing cereal and reaching for milk and yogurt as if he knew what was best for him. He looked at the meats. He was a man of wealth. What was “supposed” to be best for him was most expensive. No questions asked. The best sirloin steak and the best hamburger. Cheese with a name that is difficult to pronounce. The most organic foods that he could find were all in the reach with his money. I watched him struggle to walk, struggle to reach for the food as if it was a “heroic” moment to get what he wanted with his effort. What words could I share with him to get his attention? Should I just step out of my comfort zone and approach him randomly? 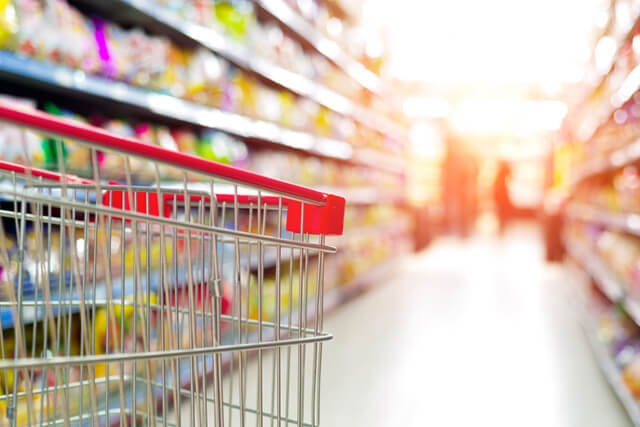 I stood my ground and did not say a word. Our encounter was no coincidence and was a true inspiration to me. I found a true meaning to love God, to be in the moment. I took the hopeless scene and turned it into an inspiration for others.

In my store, I am of service to others. Each and every day, one to five people come in seeking help. Based on everything I have learned and studied, I have a deep understanding that most health issues will be reversed given the appropriate healing conditions and determination the individual who has the issue possesses. When someone comes in, speaking about a health issue such as hepatitis or liver inflammation, I immediately ask that they give me a hug and that they hug themselves. We always begin with love, no matter what the condition is. This is unconditional love. To me, all health issues are equal and have a similar manner of being treated.

I begin my everyday journey to a new freedom and transformation. I think about the old man walking and entrench my soul into the daily routine of love, to do whatever it takes for me to stay young. I think about love of myself and going to bed as early as possible because our bodies require optimally between seven to nine hours of sleep each night. For this to occur, my body should be free of using digestive energy, which will stop my rejuvenation process. Eighty to 90 percent of the time, my last meal is before 6 p.m. In most cases, my last meal is fruit. 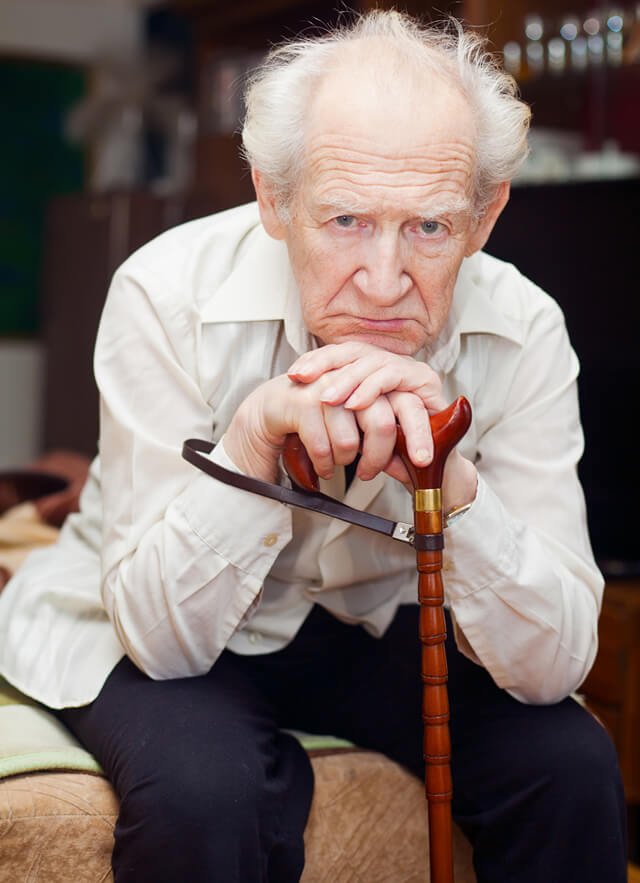 If I would have approached the old man with his cane, I’m sure he would have had an issue of giving up his most treasured source of entertainment to achieve a better life. Even though, if truth be told, all his consumption of meat throughout his many years led to his crippled state of existence. So I held my words and share to those entering my store for guidance that in order to rejuvenate one’s body, they have to become a vegan. Otherwise, it is a waste of everyone’s time.

In my particular case, I also have the ability to help anyone who wants to become a raw vegan. This is simply too good to be true! Every month, I feed 10 to 30 people one meal and one green smoothie every day for 30 days if they become a vegan. They pay $99 up front. If they meet all my requirements, meaning they eat at my café for 20 days and attend three support group meetings, I give them $99 in café credit. This is a no-brainer for anyone to want to participate.

I believe what affects one person affects everyone. I know that if the old man followed the principles of life, he should be running into the supermarket or, at the very least, walking without a cane. The person with liver inflammation who came to me became a vegan after our first encounter. She didn’t do this for just herself but for her five children. She wanted to witness them all grow up. She went the medical route, with a disastrous consequence. Her health was failing, and she was always tired and in pain. She was always in confusion as to what was best for her to do. Everything that could’ve gone wrong went wrong. It was reaching a point where medical intervention would not be just an option but a necessity. It was at this point when she reached out to me. 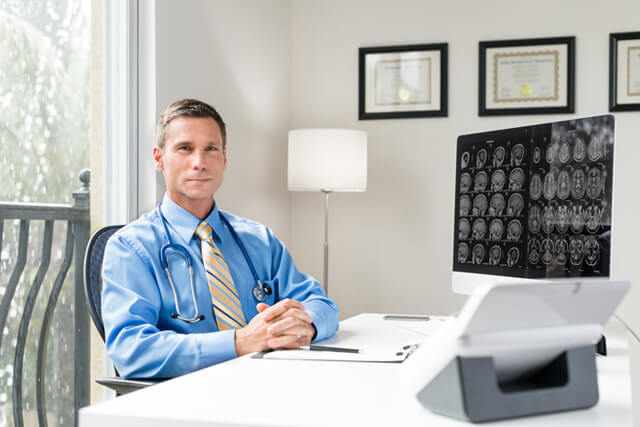 I am not a doctor, nor do I issue or prescribe any herb or vitamin. I am just a simple man who wants to be healthy and share his lifestyle—his food and exercise—secrets with anyone who seeks another option for well-being.

I begin my exercise routine with an empty stomach. In my deepest wisdom, this works best for me. An exercise routine that is challenging to all is typically two-and-a-half hours. This is not just a want—my body thrives on it. This activity speaks to me with love, as I move my arms and legs. Every cell is feeling my exercise. Almost everything I put inside my body is based upon my own truth and desire as well as the fire within. My body thrives off continuous balance. It will do whatever it takes to achieve this balance. All 75 trillion cells work in synchronicity. I use these ideas over and over again, day in and day out. We, as humans, have the power to love ourselves gracefully without the fear of having a degenerative condition.

I thank you for your time. Every moment is a moment of love! 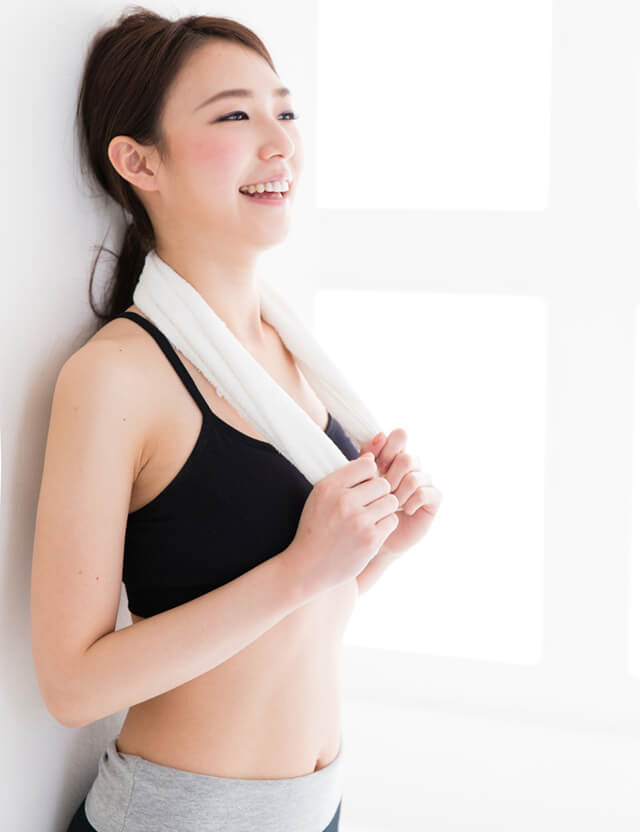 Many are working from home on laptops as opposed t

It's National Watermelon Day, a special day to bre