In my world, normal means being of service, sharing information in my store and through YouTube and Facebook. Whatever it takes for those who want to know about viable options to lead a truly healthy lifestyle. Then, by the powers to be, as so I believe, I live that truth within me as also in everything I do, beginning from sunrise to sunset. It deals with every moment of service to myself—to live the best lifestyle I can, knowing everything I know as of now. Based on this thought process, I eat a lifestyle of mostly fruits and leafy greens. Fruits are rich in calories and vitamins, with little energy needed for digestion, while veggies have the minerals. This, in my opinion, is the perfect 1–2 combination for a daily food intake. I write as I believe.

With this as a given, I had my first meal of the day, which was mostly fruit and about 16 hours after I had my last meal. I, Arnold Kauffman, am obsessed almost to the point of fanaticism, but not quite. The reason being, I know what causes disease. What are the factors for exquisite health? What are the factors for detoxing the body? All these unknown answers in the medical world are so simple to answer in the raw fruitarian lifestyle world.

It is on this basis I live my life, and in full triumph, I arrived at work at 10 a.m. I was ready to breathe, to throw myself 100 percent to whatever the day brought. In the back of my mind, I was looking for an angle, a story—a chance to share my raw food experience with others through either YouTube or Facebook. 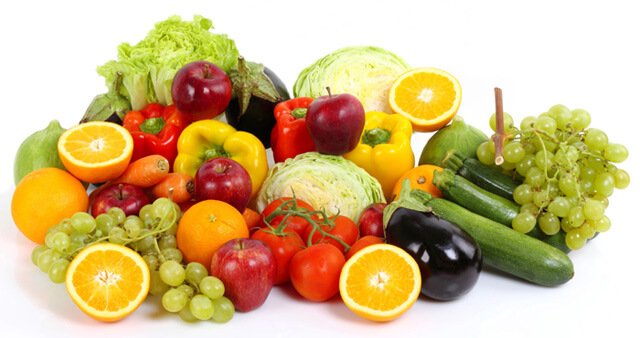 In my six years of doing YouTube videos, I always seek a partner to soften my intensity and add another side to make me look good. Today was no exception. I chose Sandy, a woman who I have known for eight years and who has been on and off a vegan lifestyle for many of those years.

I also feed some café patrons a meal plus one 16-ounce green smoothie a day for a month. Having done this personally more than 100 times, I know, deep down from the bottom of my soul, one will get results. The reason is because one has switched from a diet rich in calories with little nutritional value to just the opposite.

These are the thoughts I live with on a daily basis. This is my drive: to inspire to “create an energetic movement for the transformation to a disease-free world.” This is my calling, so in my first hour of work, with everything that had to be done, I set up the kitchen, rang people up, stocked shelves and answered the phone. Everything that was supposedly important just wasn’t important as soon as I heard someone’s first few words:

Did you hear that Angelina Jolie had her breasts removed so she wouldn’t get cancer?

At that moment, my world stopped. I was stricken with great disbelief and tremendous disappointment—topped off with, “What the heck was she thinking?” For whatever reason, I, Arnold Kauffman, take my job seriously, being the high for others as I eat, as I think. What can I do to share my knowledge with others? To define something of this deformation to our body as an insult to its integrity and intelligence.

I had no choice in the matter. It’s as if everything is supposed to happen did. Four women walked into the store, not knowing that in the next five minutes, they would be captured in a video. Their thoughts—not only their opinions—and whether they believe Jolie was right would act as a buffer against my opinion, which bordered on, “Lady, you made a huge mistake with no going back.”

Thus begins my article on double mastectomy. In medical terms, as I am familiar with this procedure, this is the removal of the breast to remove the tumor that has grown within this area to such an extent that, medically, the only sure sign of healing is for total removal, thereby removing the globular disease.

So I take my stand five minutes after hearing this remark and gather these women for a symposium of ideas and options on a double mastectomy and allow the viewer to be the judge.

The YouTube video became a reality within minutes. I spoke about Kristine Nolfi’s book Raw Food Treatment of Cancer, which states:

I spoke about The China Study by T. Colin Campbell, which clearly links the eating of meat products to the cause of all cancer but says once someone has cancer, it can, in most cases, be reversed by removing the cause.

So in the end, I felt good. I shared. I spoke my words, saying to all there is a better way.

Brian Rossiter’s note: Anna Chmielewska of the former SweetVeganNature.com learned about the following test at the Living Dynamically Wellness Expo outside Philadelphia on March 23, 2013, and suggested I share it with Fruit-Powered readers.

Women who are concerned about their breast health can now use thermography, an alternative to mammography. This is a noninvasive diagnostic technique that enables the examiner to visualize and quantify changes in skin surface temperature.

Digital Infrared Thermal Imaging is noninvasive and painless and also involves no radiation or contact with the body.

"Nature has a magical way of slowing us down, capt

Many are working from home on laptops as opposed t

It's National Watermelon Day, a special day to bre